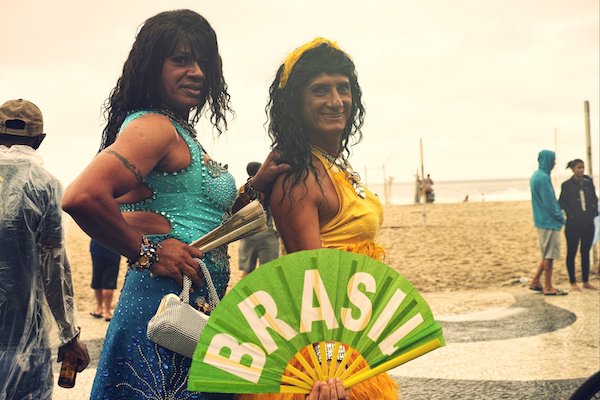 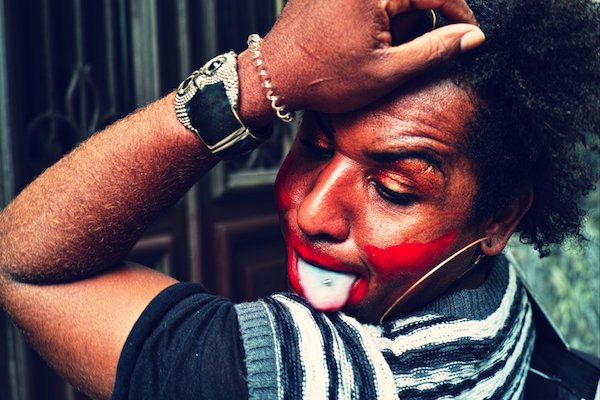 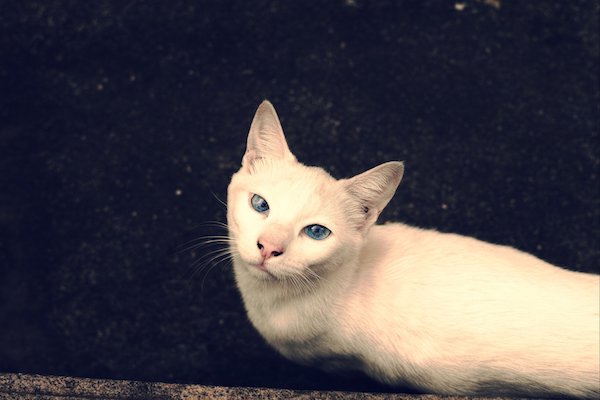 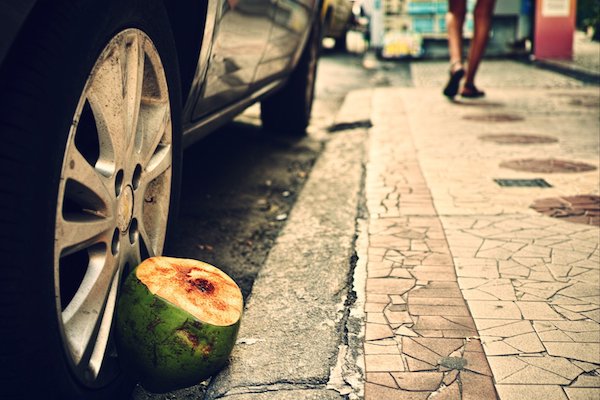 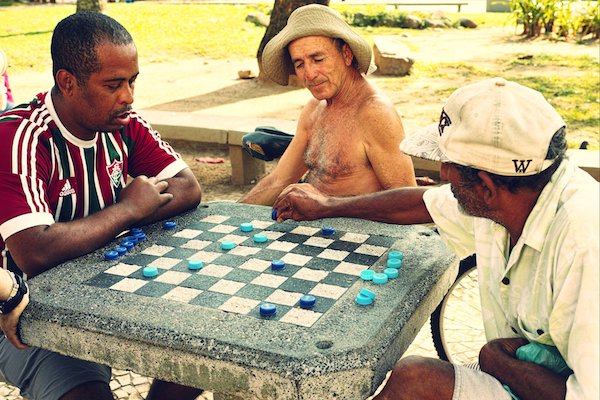 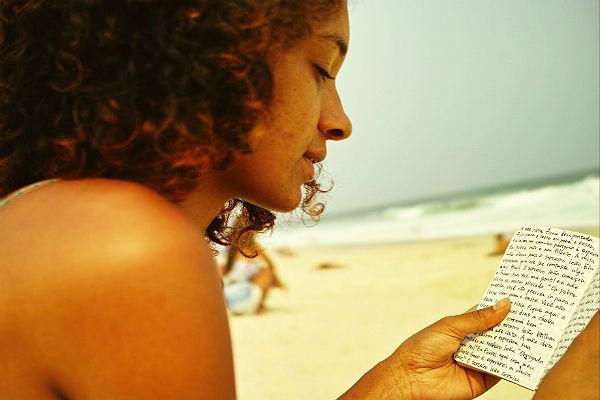 When I was in Rio de Janeiro, I went to Ipanema Beach and wrote stories in my notebook sometimes.
It was a cloudy afternoon when I saw a girl watching the ocean on the beach.
Tall, tan, young, and lovely.
She looked like she had come straight out of the most famous Bossa Nova song.
She was quietly watching the ocean alone.
“I wonder where the sun's gone,” I talked to her out of the blue.
She turned her face and looked at me.
“Excuse me, I just wanted to say hi to you.”
I was embarrassed and added so.
“Hi,” she gave me a gentle smile, but her eyes were slightly sorrowful.
“What are you watching?” I asked.
After a bit of silence, she replied.
“I like watching the ocean when it rains. I thought it was going to rain today, but it seems not,” rising her eyes she continued.
“Why do you like watching the ocean in the rain?”
A man selling coconut juice passed by.
“Do you want coconut juice?”
She asked me instead of answering to my question.
“Sounds good.”
We bought coconuts and sat on the beach together.
”I used to live in the favela there,” saying so she pointed the symbolic Dois Irmois over the beach.
“The place was peaceful back then, but it became little dangerous to live there now.”
She looked at the gray ocean again.
Her beautiful eyes reflecting the sky and the water seemed to be filled with sadness.
Being unable to see her like that, I asked her if she would like to read one of my stories that I just finished.
It was a story of Cheetahs and Lions.
“I wrote the story in Portuguese for children. I hope my handwriting is readable.”
She smiled and received my small notebook.
While she was reading it, I was thinking why she liked watching the rainy ocean.
Maybe because the beach is less crowded and more peaceful?
Maybe because no one notices when she cries as much as she wants in the rain?
I drank coco and waited for her to finish reading my story.
“Wow,” she released her breath and closed my notebook.
“The ending was shocking, but I liked it,” giving me my notebook back she said.
“Yeah, it might be too strong to children,” I responded.
“By the way, I still want to know why you like watching the ocean on a rainy day.”
I looked at her kind eyes and said.
“Ah, okay,” she smiled shyly.
“When it rains, the air is filled with raindrops that connect the sky and the ocean. The border between the sky and the ocean disappears. What I see turns into one beautiful water world. It makes me feel so peaceful, that’s why I like it.”
Both she and I kept watching the ocean for a while.
“Well, thank you for your story. I need to go now,” she said and stood up.
“Thank you for the unforgettable moment you shared with me,” I replied and stood up, too.
“Hey, can I have your name?”
I asked the tall girl brushing the sand off her jeans.
She smiled and replied.
“Dri.”
This time I did not see sadness in her smile; at least I thought so.
“Dri, a girl from Ipanema…”
I talked to myself while watching Dri’s back getting away.
After she was gone, I looked up at the cloudy sky and thought that it would have been so nice if it were rainy today.
(photo & story by Tengyo Kura, Rio de Janeiro) 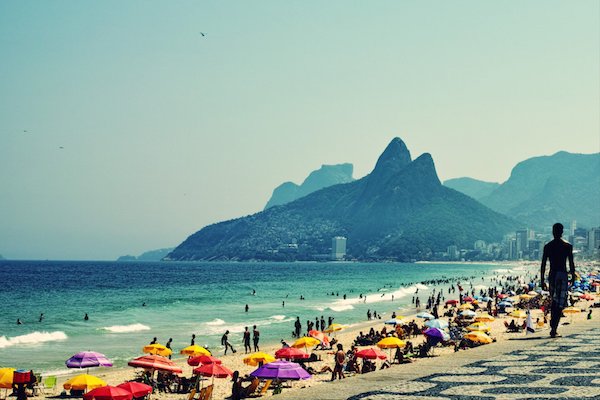 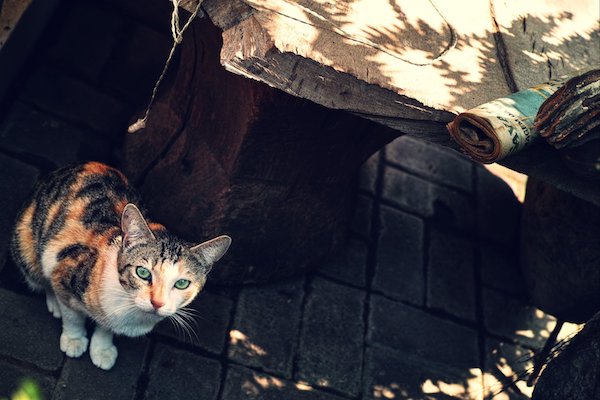 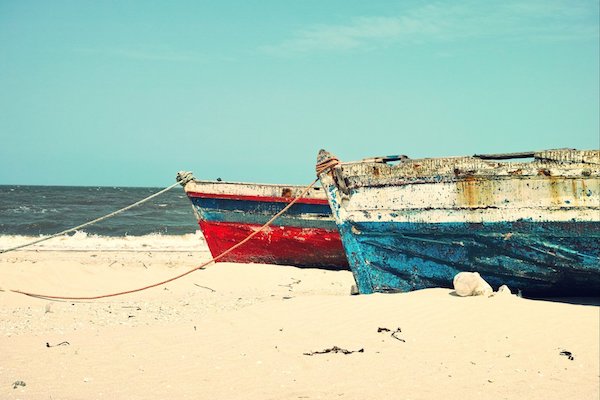